And with good reason. The Mules are on fire!

Following a 42-5 romp over Juniata on Saturday, September 28, Muhlenberg moved up to No. 7 in the American Football Coaches Association (AFCA) Division III poll, giving the team its highest ranking of the season.

In the D3football.com poll, Muhlenberg moved back up to the 8-spot, after falling to No. 9 after needing overtime to beat Susquehanna College on September 21.

For the second straight year, the Mules have started out 4-0 and have outscored their opponents by an average of 23 points. They rank in the top 25 in Division III in a score of offensive, defensive, and special teams categories, including turnovers gained (13), fewest tackles for loss allowed (3.25 per game), blocked punts (2), fumbles recovered (5), pass intercepted (7), tackles for loss (10.25 per game), sacks (4.25 per game), third-down conversions (.492), and rushing defense (60.8 yards per game.)

Muhlenberg is a small, liberal arts college located in Pennsylvania’s third-largest city, Allentown. Nestled in the Lehigh Valley, Muhlenberg is an hour north of Philadelphia and an hour-and-a-half west of New York City and attracts student-athletes from across the country. The Muhlenberg sports teams compete in the Centennial Conference and are members of the National Collegiate Athletic Association Division III and Eastern College Athletic Conference.

Rivals Creative is a digital design agency that captures stories through unique images, motion graphics, and well-crafted words. The Muhlenberg football team is the kind of story Rivals loves to follow and is proud to share. Meanwhile, the Mules are showing and sharing the love by wearing Rivals stickers on their football pads! 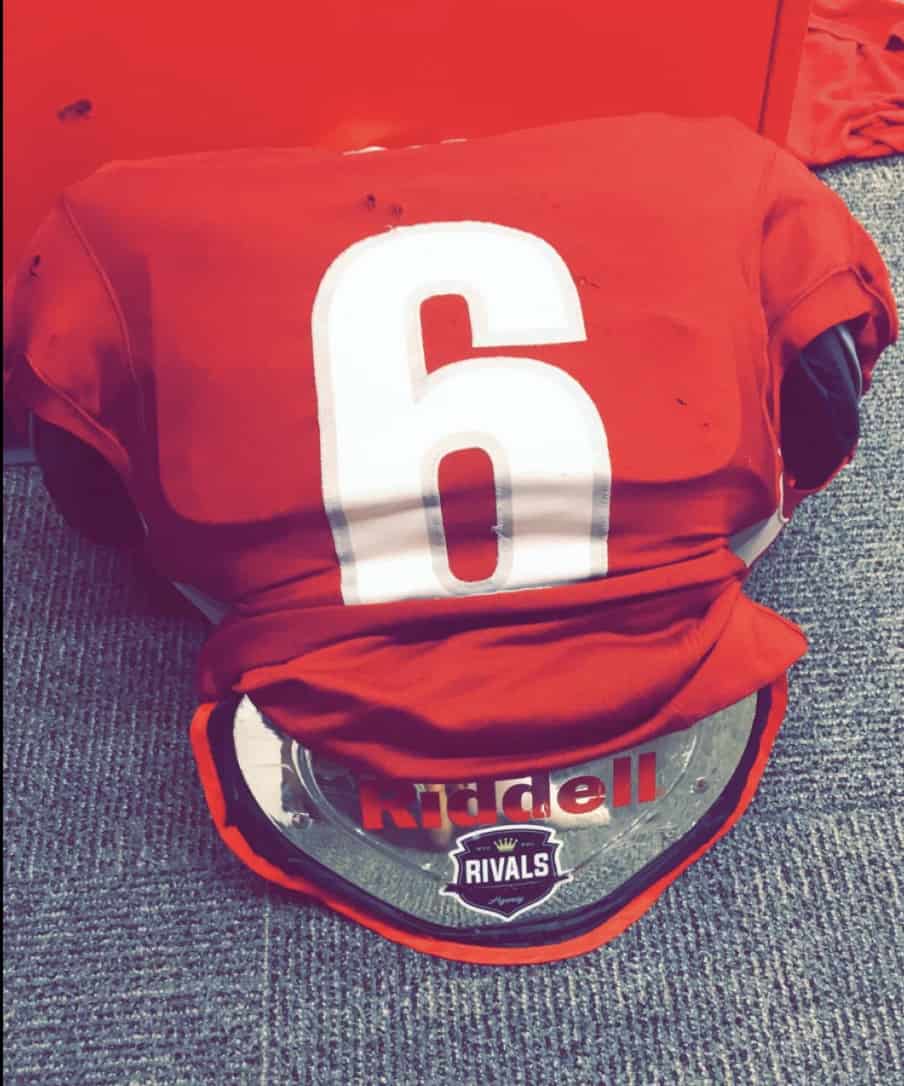