Forging Her Own Path 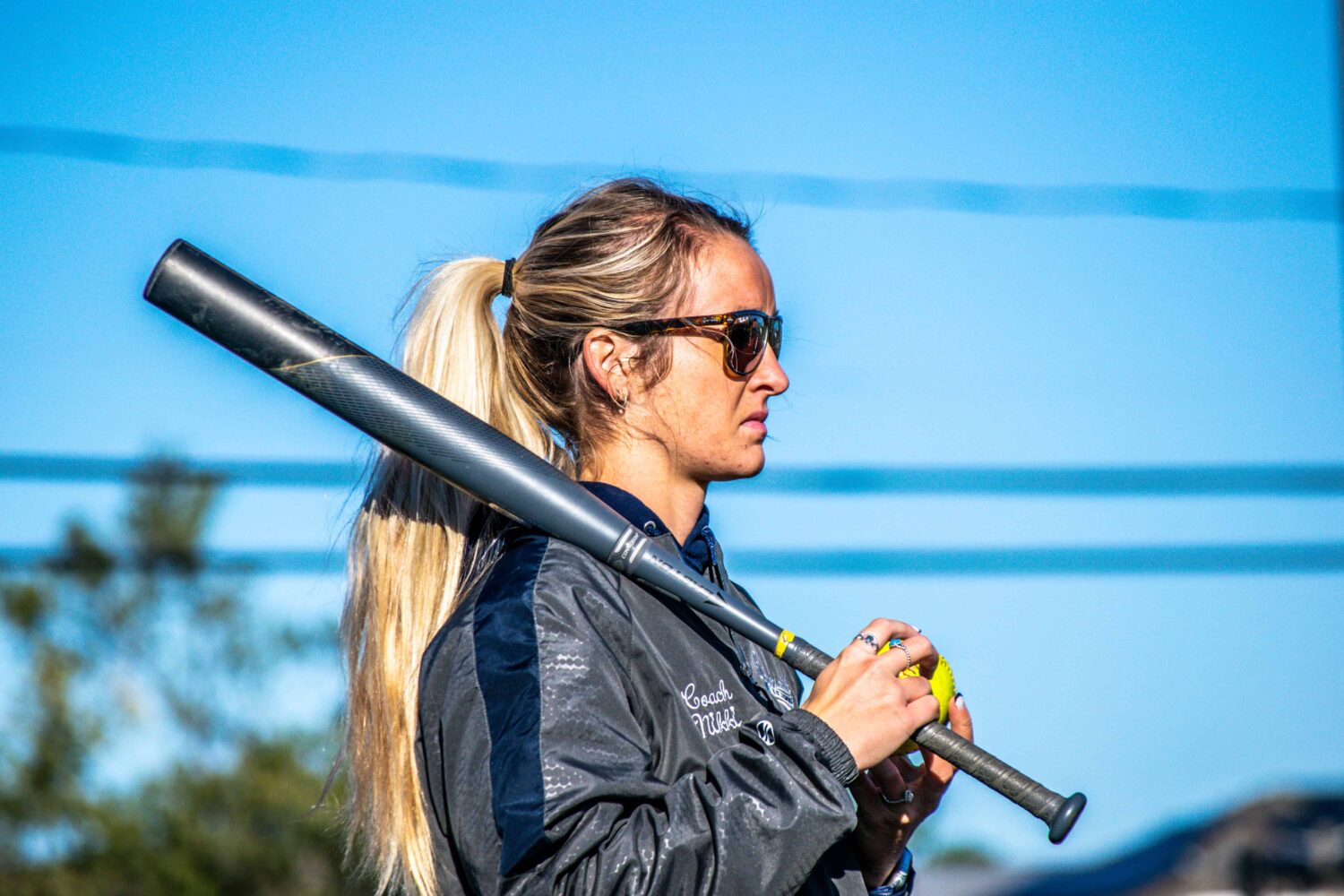 Nikki Michalowski is tough as nails, having found her strength and identity in her blue-collar family. As the youngest of five siblings in an athletic household, she quickly learned to endure their playful teasing and translate that grit into many sports growing up like soccer, cross-country and track, basketball, and softball. 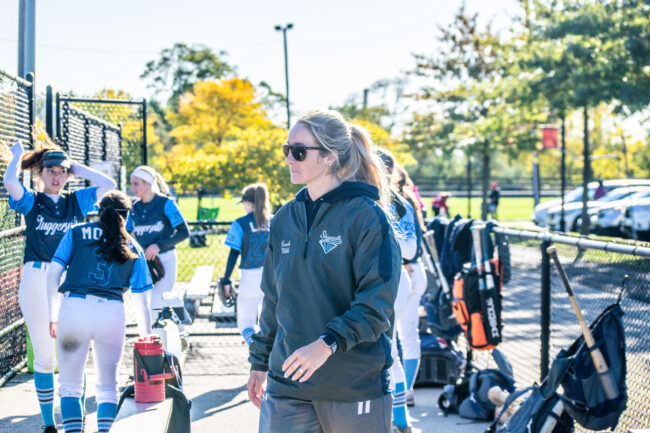 Coach Nikki gets ready to for ground rules

She started playing softball at the age of five and it soon stood out as her favorite. Her oldest sister, Sarah, competed for Hofstra University when Nikki was in 6th grade, and, “seeing her at that level, and then being able to go to camps and meet her coaches made me realize that’s what I wanted to do.” She says that Sarah played a huge role in “lighting a fire under me.”

Nikki went to the same Catholic high school as her siblings and played softball under the same coach too, yet she admits that recruiting was still a confusing time. Before visiting Hofstra and speaking with then-coach, Bill Edwards, the only thing Nikki was sure of was that she did NOT want to attend Hofstra. She was determined to forge her own path independent from her sister.

“Originally I was like, no. I’m not going there. They’re not even on my radar. And then it just felt right, knowing their traditions, knowing they have those rules for a reason, knowing they hold you accountable. I liked the discipline, and I was excited to be a part of the pride.”

However, the frustrations of freshman year tested Nikki. The novelty of recruitment had worn off and she was surrounded by teammates who were all on the same level as her. Her playing time suffered, but that only inspired her to “turn it up even more.”

She “found herself in the weight room when no one else was” and put in the work to earn her spot on the field, which she did. However, she was sure to keep that work ethic up not only to maintain her starting position, but to also help make the team better. 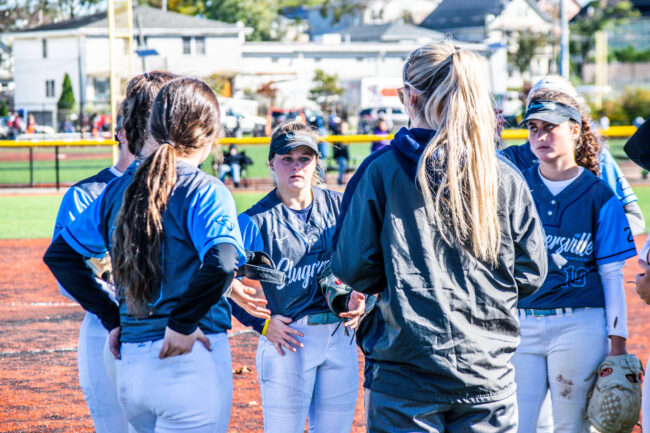 Nikki is now the coach of the Sluggersville Blue Diamonds and tries to empower her female athletes so that they are prepared to stand up for themselves against the sexism that still exists in the sports industry. While she says that many people are accepting of women in coaching positions, she admits to having been mistreated by people because of her gender.

“I told my athletes that someone disrespected me because I was a female as their coach, and that they can’t let that happen to them. They need to use that power they have as a female to push through their entire life.”

Nikki’s story has come full circle. She persevered to reach her potential as an athlete, overcame moments of disrespect, and is now committed to imparting her wisdom on a younger generation of players. “Softball teaches a lot about life,” she says. “I think that being an athlete and having a platform is one of the most powerful things you can do.” 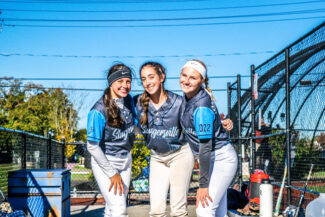 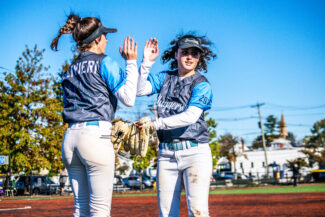 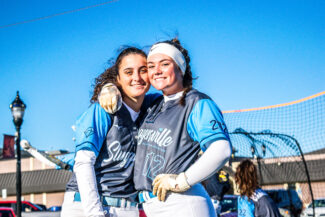 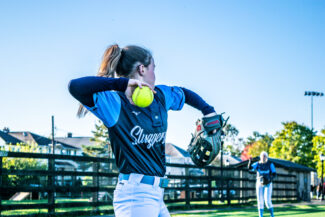 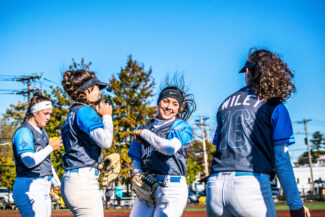 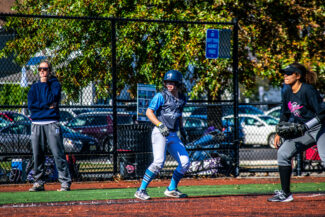 Softball has certainly been a tool that Nikki has used to carve her own path, push through, and rise up. She is a part of the Rivals Creative community, running social media campaigns, creating content, and taking photos for projects. Together, Nikki and Rivals redesigned her school’s logo and team uniforms, because when you look good, you feel good. For Nikki, softball is more than a game. It’s a space where she’s able to unleash her competitive, creative, and compassionate side all in one. “It really does come back to softball.” 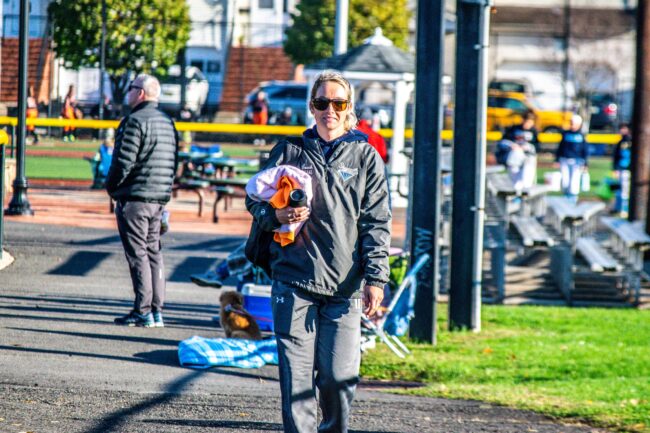